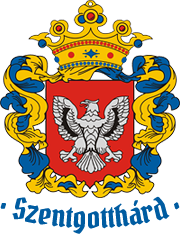 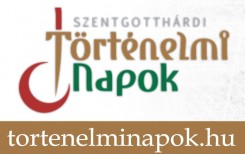 Szentgotthárd is located in the south-western corner of Hungary in the gate of the Region Őrség, at the confluence of River Rába and River Lapincs. As the centre of the Vendvidék, it is the fastest developing town in County Vas. Its population is mainly Hungarian, but a significant number of Slovenians and German-speaking people live there as well.

The settlement was founded by King Béla III in 1183, when he settled French Cistercian monks here, building a monastery for them. The monastery was named after Bishop Saint Gotthard of Hildesheim.

Next to the monastery, a farmstead was created where feudalistic agricultural system flourished until 1350. The settlement was owned by the Széchy family for 300 years. Its fortress surrounded by a moat was built by Palatine Széchy Miklós in 1391, then by the Zrínyis and Batthyánys.

Both the monastery and the fortress was exploded during the Bocskai Uprising by the Austrians, thereby the monastic life disappeared for a long period.

The battle of Szentgotthárd against the Turks in 1664 had an effect not only on the politics of the country but also that of the whole Europe. Imperial General Raimondo Montecuccoli joined battle here with the Turks under the command of Grand Vizier Ahmed Köprülü marching towards Vienna. The crucial moment of the seven-hour fight was when many fleeing Turks drowned in the River Rába, which was swollen because of a large rainstorm. Unfortunately, in the course of the peace treaty of Vasvár, Hungary was not able to take advantage of the benefits stemming from its victory. After the railway line towards Graz was completed in 1873, the industrialisation of Szentgotthárd started. The town got into a fast connection with the more advanced Styrian province and the Little Hungarian Plain. This development led to an incredibly fast economic and social growth in Szentgotthárd at the end of the 1800s. Factories, plants were established one after another (Toy Factory, Tobacco Factory, Watch Factory, Silk Weaving Factory, and Scythe Factory). The economic development was followed by changes in society: educational and healthcare institutions were established, civil society organisations strengthened. By the end of the first decade of the 20th century, Szentgotthárd became a bustling small town, it had the county's most developed industrial structure.

One of the driving forces of the development in Szentgotthárd was Kálmán Széll, who supported the ideas first as the Member of Parliament for the region, then as a Minister and Prime Minister.

The golden age of the town ended with the Trianon Peace Treaties after World War 1 that put most of the area around the town under foreign rule.

Between the two World Wars there was stagnation, while in the first decades of socialism there was decline in the town. Szentgotthárd was not developed, moreover, its institutions were gradually relocated to other towns.

Recovery only started as of the 1980’s. Szentgotthárd has been a town since 1983, the 800th anniversary of the monastery’s founding. The transition to democracy meant a real turning point for the town as it was able to move out of the artificial isolation that lasted for decades and re-established its relations to other areas. This yielded results first in the cultural and sports life of the town, followed by the improvement of economic performance. Foreign investment was attracted by a favourable location and a high-level industrial culture.

Town leaders recognised the historic opportunity and started a large-scale development of infrastructure and industry. The cross-border Business Park Heiligenkreuz - Szentgotthárd was established in the 1990’s now providing more than 3000 jobs. Along with industrial growth the town’s institutional network – educational, healthcare and cultural institutions has also developed. Commerce also revived, the number of retail and catering units multiplied in the town and its vicinity. The development of commerce and certain services was supported by the shopping tourism from Austria and Slovenia.

The importance of shopping tourism has declined by now. Szentgotthárd and the region should develop in the direction of quality tourism and other value-adding services for which every chance is given as the town and the region now develops tourism in an organised way. 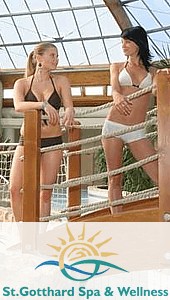